The Three Worlds of Bali

institutional price includes public performance rights
PayPal purchases ship via USPS Priority Mail
contact us for rentals and 16mm orders (institutions & organizations only)
overnight shipping available upon request
On the Indonesian island of Bali, the arts permeate almost every aspect of daily life. Gamelan music, wayang (shadow puppet) theater, dance, and elaborately constructed offerings of foods and flowers all represent attempts to please the gods and placate demons. In Balinese cosmology, demons are thought to dwell in the watery underworld, gods in the upper world, and human beings in the middle realm between the two. Much of human effort is directed toward maintaining the proper balance between these worlds, and between the forces of growth and decay.
The pinnacle of such efforts is the ritual Eka Dasa Rudra, held once every hundred years. The entire population of the island is mobilized for this event, preparing offerings and streaming from thousands of village temples in processions to the sea. Eleven demons, of which Rudra is the most powerful, must be transformed into beneficient spirits. No one who participated in the ritual filmed in 1979 had ever witnessed its performance, which last occurred a century ago, and so the ritual was based on writings in ancient lontar-palm manuscripts.
There is also a political dimention to Eka Dasa Rudra. In 1963, upon the urging of then President Sukarno, Balinese priests prepared to hold the ritual before the calendrically proper year. Preparations were met with the first eruption in recorded history of Bali's great volcano, Gunung Agung. This terrible disaster was seen as a confirmation of the gods' and demons' powers and the necessity of honoring the traditional calendar. In the spring of 1979, when Eka Dasa Rudra was finally held, President Suharto arrived, but not by his helicopter, which, it was feared, might have impeded the demons' descent.
About Odyssey series
In an attempt to cut the often esoteric ice of anthropology, PBS released in 1980 the first season of Odyssey, a newly-created series of anthropological documentaries, with a second season in 1981. The entire series was produced by Public Broadcasting Associates of Boston, with major funding by the National Endowment for the Humanities. Additional funding was provided by the Corporation for Public Broadcasting and Polaroid. Michael Ambrosino is the Executive Producer of the series.
other films in the Odyssey series:
The Ancient Mariners
Ben's Mill
The Chaco Legacy
Dadi's Family
Franz Boas
The Incas
Little Injustices
Margaret Mead: Taking Note
Maya Lords of the Jungle
Myths and the Moundbuilders
On the Cowboy Trail
Other People's Garbage
Seeking the First Americans
投稿者 BirdMan 時刻: 7:53 0 件のコメント: 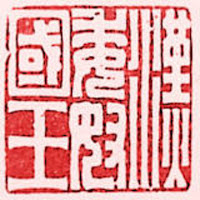 陽と月と花と蝶
月と陽が出会うとき、不思議なことが起こる
陽の光を受けて、月は輝き
月の雫が舞降りて、花の雫となり
蝶と花が出会うとき、不思議なことが起こる
花の雫を受けて、蝶は舞う
詩： 青柳洋介
Sun and Moon, Flowers and Butterfly
When Moon meets Sun, something Strange happens.
The Moon accepts his Ray and Brightens Herself.
Then her Dew falls down to Flowers.
When a Butterfly meets the Flowers, somethig Strange happens.
The Butterfly accepts the Dew and Dances Together.
Poet: Aoyagi YoSuKe 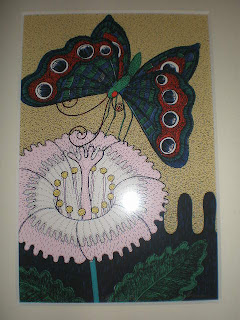 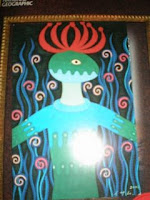